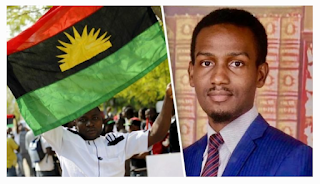 A telling report by the International Society for Civil Liberties & Rule of Law (Intersociety) revealed that in Nigeria, “not less than 600 (Igbo youths) were disappeared or feared killed in the captivity” of the Nigerian military. It also stated that “over 90 per cent of the victims of the atrocities are innocent.”

The UN chief urged countries to fulfil their obligations toward preventing and prosecuting cases of enforced disappearance, a “cowardly practice” which the coronavirus pandemic has made even more difficult to combat.

Mr Guterres made the appeal in his message on Monday to mark the International Day honouring victims of this serious human rights violation, observed on August 30.

“Together, we can, and we must end all enforced disappearances,” he said.

Enforced disappearance refers to the arrest, detention, or abduction of persons by state agents or those acting with state authorisation or support whose whereabouts are unknown.

Abubakar Dadiyata, a critic of the government in Nigeria, abducted since 2019 in Kaduna has not been seen to date.

According to the UN, once largely the product of military dictatorships, enforced disappearance has become a global problem, with hundreds of thousands of people disappearing in more than 80 countries.