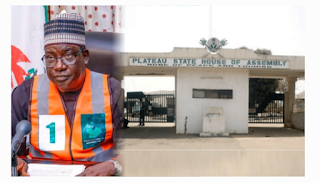 Plateau House of Assembly has expressed concern about the wanton killings in the state and urged Governor Simon Lalong to act fast to end the bloodletting.

The lawmakers also told Mr Lalong to compensate communities affected by the violence. They made the call during a plenary on Wednesday.

In their resolution read by Speaker Abok Ayuba, the legislators mandated Mr Lalong to visit victims of the violence receiving treatment in various health facilities.

“The governor should pay a condolence visit to the affected communities to sympathise with them and provide urgent compensation to the victims,” they added. “Take adequate steps to stop the spate of the attack and killings of innocent citizens.”

The lawmakers told the governor to act in the same way he did during the Rukuba Road killing and lamented the preferential treatment by the security agencies.

They said the situation in the state was getting out of hand if not handled with urgency.

The legislators’ call was in reaction to a motion of a matter of urgent public importance moved by the Minority Leader, Peter Gyendeng.

Mr Gyendeng, who is also the chairman of the House Committee on Security and Labour, drew the attention of legislators to the incessant killings across Plateau, especially the Tuesday night attack at Yelwa Zangam in Jos North local government that left many killed.

In their various submissions, the lawmakers unanimously agreed that the killings across the state were a serious concern.