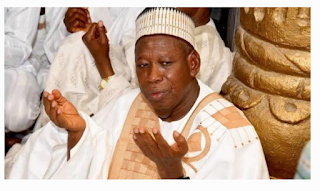 The Kano State Government has declared August 9, 2021, as work-free day to mark the Hijrah 1443 (Islamic New Year) and pray against insecurity.

Muhammed Garba, the state’s information commissioner announced this in a statement released on Friday in Kano.

He said that Governor Abdullahi Ganduje has urged all residents to utilise the day and pray for the state and the country at large.

“The Governor urged workers to use the work-free day to pray for the country to be delivered from the prevailing security challenges,” the statement said.

Mr Ganduje, according to the statement, also congratulated Muslims on the dawn of the new Islamic year (1443AH), saying that it calls for thanksgiving and sober reflection.

The statement further appealed for the support and cooperation of the people, as the government strives hard to improve their lives in the face of challenges facing the nation.