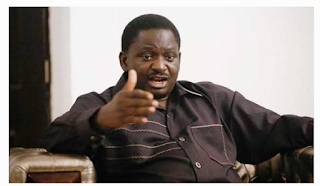 Mr Adesina, in an article on Thursday, said the media slanted the attack on NDA that left at least two dead and one abducted to portray Mr Buhari as a failure.

“It is both sad and disheartening to observe the construct that some people try to give certain developments in the country. And that came out in bold relief in this week’s attack on the officers’ quarters of the Nigerian Defence Academy (NDA), in which two people were killed, and one abducted.

“The news headlines, the slant of the stories, the analyses and discussions, all tended to paint a narrative of the humiliation of our military, the failure of government, and the fact that anarchy had been unleashed on the land,” Mr Adesina.

The polity has been awash with escalating concerns and rebuke of government’s security structure since bandits freely invaded Nigeria’s foremost military training institute to wreak havoc on Tuesday.

A former military intelligence chief, Kunle Olawunmi, who spoke on Channels TV in the aftermath of the attack, said the Buhari regime has been lethargic in going after insurgents because their sponsors are known top functionaries in Aso Villa while some are even governors and Senators.

But Mr Adesina reckons that the reactions that greeted the NDA attack shows that the country is filled with “haters of government and humanity.”

“Watching, listening to and reading all the deliberate obfuscation of the matter reinforces the conviction once again that our country is filled with haters of government, of humanity, of good, and even of God. They deliberately muddy the waters, rejoice at evil and all forms of iniquity,” Mr Adesina said.

Blaming citizens for raising the alarm on increasing insecurity under Mr Buhari’s watch, Mr Adesina said, “What kind of people are we, really? Instead of rallying our military, encouraging them and spurring the government further into action, they say the foulest things that can come from the nether region. Government is incompetent.

“The military is no good. They’ve been humiliated, and they only stop short of doing a jig on television, spewing expletives and concocting conspiracy theories. They simply forget where we were coming from, and where we now are. Ungrateful. Unthankful. Ungracious,” he added.

Bandits attack on NDA comes barely two weeks after Mr Adesina claimed that insecurity is being played up to rubbish Mr Buhari’s achievements.

Peoples Gazette had reported that close to 50 peoples were killed across the country barely 74 hours after Mr Adesina claimed insecurity is being “played up.”