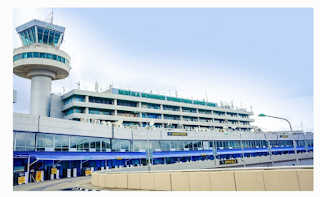 The managing director of FAAN, Rabiu Yadudu, disclosed this after an inspection tour with the director-general of the Nigeria Civil Aviation Authority (NCAA), Musa Nuhu, in Lagos on Sunday.

After resolving the issue, he explained that FAAN would procure and install the Air Field Lighting (AFL) equipment.

“You know FAAN is a government agency; we cannot work and procure a new project when there is an existing one on the same facility. So many things are delayed not because of negligence or lack of attention but because you have to follow due process,” said Mr Yadudu. “On the 18Left runway light that has been an ongoing issue for almost a decade and a half. We are only waiting for approval to procure a new lighting system and install it within six months.”

He added that the AFL was an important project, disclosing that the Taxiway Bravo had attained 95 per cent completion.

He also stated that the airfield lighting on runway 18L lighting and Taxiway Bravo had been FAAN’s primary focus in the last two years.