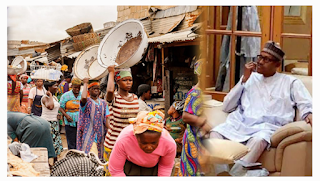 President Muhammadu Buhari’s regime says it is ready to pay 12 out of the 14 months’ stipends it owes indigent households in Oyo as it resumes payment of stipends to beneficiaries under the Household Uplifting Programme-Conditional Cash Transfer (HUP-CCT).

The programme’s state coordinator, Ezekiel Oladipo, disclosed this in Oyo (one of the eight states where the programme started in 2016).

The coordinator said the government would pay all the beneficiaries 12 months out of 14 months Mr Buhari’s regime owed them. Mr Oladipo explained that the programme covered 13,830 beneficiaries’ households across the 33 local governments of the state.

According to Mr Oladipo, the programme has three components: the N5,000 per beneficiary’s household monthly, and the top-up otherwise classified as co-responsibility – such household gets N10,000.

“The third component, which is ‘Livelihood’, is yet to start. It is a one-off grant for the beneficiary’s household,” Mr Oladipo further explained.

He, however, disclosed that the ongoing phase would cover six months’ payment while the regime would pay the remaining six months in due course.

On the cash mode payment witnessed at the disbursement centres, Mr Oladipo stated that Oyo was one of the 10 states picked to experiment with the digitalisation mode of payment.

He advised the beneficiaries to make judicious use of the money.