Nigerian youths should be patient, Buhari investing in them: Sunday Dare - The Naija Weekly

Home News Nigerian youths should be patient, Buhari investing in them: Sunday Dare

Nigerian youths should be patient, Buhari investing in them: Sunday Dare 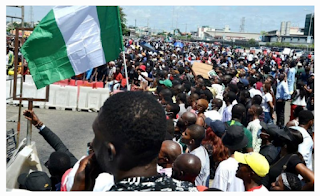 “(The president) has tried to change the fundamentals of youth engagement to move from just merely empowering our youths to investing in them,” said Mr Dare while speaking on Channels TV on Thursday. “That is the paradigm we see in the international community because our youths are investible.”

According to Mr Dare, Mr Buhari’s regime grappling with how to allocate “competing resources.”

“It is a huge country: 210 million people. The youths form a large part of this population. But also, we are trying a reset that does not just emphasise certificates but skills – vocational and technical skills, that is the future of decent jobs,” the youth and sports minister explained.

Mr Buhari’s regime’s focus at the moment, he mentioned, was to provide the youths with the digital skills “they need to compete.”

Following the regime’s Twitter ban, many people had criticised Mr Buhari for ruining thousands of job opportunities for the country’s youngsters.

But Mr Dare urged the youths to be patient as the rate of unemployment rises in the country. The National Bureau of Statistics in March put it 33.3 per cent.

“We will have to just be patient because resources are dwindling, but concerted efforts are on to make sure we bring down the unemployment numbers in our country," he stated.