Nigeria’s BSc, HND, others will soon be acceptable across Africa: FG - The Naija Weekly

Home Education Nigeria’s BSc, HND, others will soon be acceptable across Africa: FG

Nigeria’s BSc, HND, others will soon be acceptable across Africa: FG 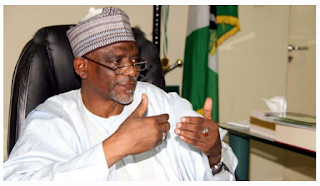 The federal government has revealed moves to make Nigeria’s degrees and diplomas accepted by other African countries.

Precisely, the Federal Executive Council (FEC) said it had ratified the convention seeking to regularise the recognition of diplomas and certificates across the continent. The junior education minister Chukwuemeka Nwajiuba told journalists after the virtual FEC meeting presided over by Vice President Yemi Osinbajo on Wednesday at the Presidential Villa, Abuja.

According to him, the education ministry presented two memos to the council.

“The first one dealt with the ratification of a convention that Nigeria has already acceded to. The convention seeks to regularise the recognition of diplomas and certificates all across Africa,’’ stated Mr Nwajiuba.

He further pointed out that the convention meant that people could use diplomas, certificates and degrees awarded in Nigeria in all African countries.

The minister further explained that Nigeria would, in turn, recognise certificates from other African nations, adding that the traffic of academics would be beneficial to all.

The second memo dealt with the award of contract for building two blocks of the Social Science Complex at the Adamawa State University in Mubi for N1.1 billion. The minister said it was TETfund allocation that emerged from 2017 to 2021.

The minister added, “Therefore, when this money actually arrives, we will be trying to plug gaps in the system.”

Reacting to a video about kidnapped students tortured, Mr Nwajiuba said it was disheartening any time bandits and terrorists abduct students.