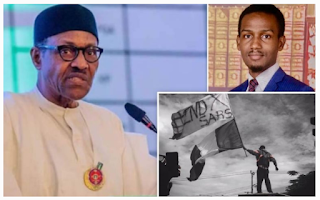 Amnesty International has lamented the increase in the sudden disappearance of Nigerians in custody, urging President Muhammadu Buhari regime “to urgently address the heinous crimes of enforced disappearances.”

In a statement released on Monday to mark the International Day of Support for Victims of Enforced Disappeared, the rights group urged Mr Buhari’s regime “to comply with Nigeria’s international law obligations,” stating that affected families were in torment.

“Families affected by enforced disappearance live through unimaginable torment. When people vanish without a trace, with the acquiescence of the state who then denies all knowledge, it’s impossible to move on,” the statement said.

Amnesty said it has documented “the cases of at least 200 people – including former militants from Niger Delta, members of IPOB, #EndSARS protesters and security suspects believed to have been subjected to unresolved enforced disappearances in Nigeria.”

It noted that “the real number is believed to be higher.”

Some of the enforced disappearances cited in the statement included a 33-year-old businessman who’s been missing since August 2014 after he was arrested by the police; over 50 suspected IPOB members arrested in Rivers in October and November 2020.

Others are Abubakar Idris also known as Dadiyata, abducted in his home in Kaduna on August 2, 2019; 15-year-old Emmanuel John who was arrested in October 2020 by soldiers in search of IPOB members at a synagogue in Oyigbo, Rivers.

Also, Felix Adika, 44, who was last seen on February 27, 2016, after he was arrested by the SSS in Bayelsa, and Izuchukwu Okeke, 41-year-old Commercial Motorcycle rider, last seen on July 5, 2021, when he visited a police station in Owerri, Imo state.

Mr Buhari’s regime had in 2107 proscribed Nnamdi Kanu-led Independent People of Biafra, after over 100 IPOB protesters were killed by Nigerian soldiers in 2016.

A historic nationwide protest against years of police brutality and extrajudicial killings, christened #EndSARS, ended on a tragic note when on the night of October 20, 2020, the military opened live rounds on young Nigerians gathered at the Lekki Toll Gate in Lagos.

According to Amnesty, the security forces of Mr Buhari’s regime often cite the anti-terror law to “hold people without charge or trial in unofficial places of detention.”

Mr Kanu was abducted from Kenya by Mr Buhari’s regime.

Amnesty’s revelation on the over 200 #EndSARS, IPOB protesters who have disappeared in detention under Mr Buhari’s watch, came barely two days after Garba Shehu, spokesperson for Mr Buhari, proclaimed his principal as a champion of Nigeria’s democracy.