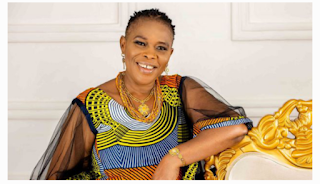 Nollywood actress Doris Chima has passed away after battling with breast cancer for six years.

The 63-year-old died at her daughter’s residence on Sunday, Premium Times reports.

Emeka Rising, the Chairman of the Actors Guild of Nigeria confirmed her death to the media outlet on Monday.

He said he got to know about her death after the actress’ daughter told him.

He acknowledged the effort of Ms Chima towards the growth of Nollywood industry in the last 18 years, while he described her as a committed member of AGN

“She called me last week and was pleading with me that she cannot come out for the AGN verification exercise due to her ill-health. I wonder how she was able to do that even while on a sickbed. I was very touched and I have been heartbroken,” Mr Rising said.

She was also a gospel singer and a devoted Christian who loved to preach the gospel through her music. Her song was aired on Nigeria Television Authority NTA in the 1990’s.