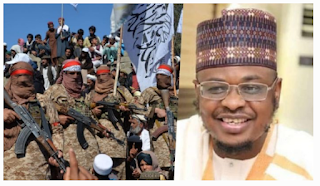 The Taliban has declared that Islamic law will be implemented in Afghanistan and the entire world after it regained power on Sunday.

Muhammed Arif Mustafa, Taliban commander, told CNN that the Islamic law enforcement would take a gradual process as the extremist group was not in a hurry.

“One day, mujahedeen will have victory, and Islamic law will come not just to Afghanistan but all over the world,” Mr Mustafa said. “We are not in a hurry. We believe it will come one day. Jihad will not end until the last day.”

Also, the Taliban governor in Andar district explained that the group which controlled Afghanistan between 1996 and 2001 “is experienced, disciplined.”

He added, “Our activities are going well. We are obeying our orders.”

The Taliban took over the country’s capital Kabul shortly after President Ashraf Ghani fled over claims to avoid bloodshed.

Although the extremist group vowed to avoid violence and maintain stability in the country, world leaders have expressed concerns about the takeover.

According to a UN report, hundreds of children had either been killed or injured over the past two years amid Afghanistan’s deteriorating political and security situation.

On Monday, the report on Children and Armed Conflict revealed that 5,770 Afghan youngsters were killed or maimed between January 2019 and December 2020.

Following the news of the Taliban takeover, Nigerians have expressed concerns recalling the Minister of Communications and Digital Economy Isa Pantami’s support for the global extremist group and Al-Qaeda. A Facebook user, Zainab Pam, wrote, “Immediately I saw the news, the first person that came to my mind was Pantami. I told my friends and people that he and his co-brothers will be having a feast. This has always been their prayer.”

In one of his vicious sermons in the 2000s, Mr Pantami had prayed, saying, “This jihad is an obligation for every single believer, especially in Nigeria… Oh God, give victory to the Taliban and to al-Qaeda (Allahumma’ nṣur Ṭālibān wa-tanẓīm al Qā‘ida).”