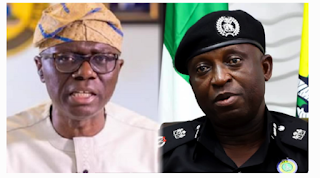 Two unemployed men, Godwin Moses, 22, and Victor Chinobi, 21, were on Monday arraigned before an Ikeja Magistrates’ Court for wandering.

The men, whose residential addresses were not given, face a two-count charge of felony and breach of peace.

The defendants, however, pleaded not guilty to the charge.

“The defendants wandered along the highway, under such circumstances as to lead to the conclusion that they were there for illegal purposes,” said the police officer. “The police on patrol arrested the duo when they could not give a satisfactory answer to what they were doing under the bridge.”

The magistrate, Elizabeth Adeola, granted the defendant N1,000 bail with two sureties in like sum. Ms Adeola ordered that the sureties be gainfully employed and have evidence of two years’ tax payment to the Lagos government.

The alleged offences violated Sections 168 and 406(1) of the Criminal Laws of Lagos State, 2015. The magistrate adjourned the case until September 1 for mention.