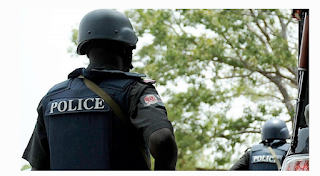 The Police Command in Plateau has thwarted a kidnap attempt and neutralised one member of the three-man gang at Rantya community of Jos South Local Government Area of Plateau.

Police Public Relations Officer (PPRO) of the Plateau command, Ubah Ogaba, disclosed this in a statement issued in Jos.

According to Mr Ogaba, the incident occurred on Saturday afternoon, adding that other members of the criminal gang escaped with various degrees of bullet wounds.

“This afternoon, at about 3 p.m., we received a distress call that three gunmen invaded a compound in Rantya to kidnap their target or probably other persons in the compound.

“On receipt of the information, our operatives attached to the Rantya Division swiftly mobilised to the scene.

“On sighting the team, the hoodlums engaged them in a fierce gun duel where one of the hoodlums was neutralised, while others fled with various degrees of bullet wound,” he said.

The spokesperson said that one AK-47 rifle and 12 rounds of live 7.62X39mm caliber ammunition were recovered from the scene of the crime.

He said that investigation had since commenced and effort was being intensified to arrest the other two fleeing members of the gang.