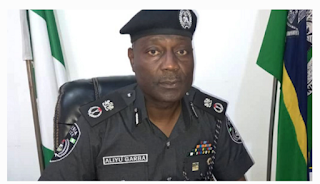 The police in Ebonyi says it has commenced investigations into the shooting of an Ebubeagu Security Network (ESN) personnel on Saturday.

The personnel, simply identified as Seriki, was reportedly shot during the All Progressives Congress (APC) ward congress in the Ugwuachara area of Ebonyi Local Government Area of the state.

The Commissioner of Police in the state, CP Aliyu Garba, told the News Agency of Nigeria (NAN) on Sunday that investigations had commenced on the incident.

“We are still investigating the incident and we will brief the press at the end of the investigation,” the commissioner of police, Aliyu Garba, said.

Other sources, however, gave the News Agency of Nigeria (NAN) different versions of the incident that made residents of the area scamper for safety.

One of the sources said that the ESN personnel was shot during an exchange of gunfire with some unknown gunmen who attempted to snatch the ward congress voting materials.

“The Ebubeagu personnel, with the assistance of security agencies, engaged the unknown gunmen who later fled the scene, having been overpowered.

“The personnel was hit during the crossfire, while efforts to revive him at the Alex-Ekwueme Federal Teaching Hospital, Abakaliki, yielded no result,” the source narrated.

Another source, however, said it was during the exchange of fire that personnel of one of the security agencies accidentally shot the Ebubeagu operative.

“He was mistakenly shot by a security personnel as they were pursuing the fleeing gunmen,” he said.