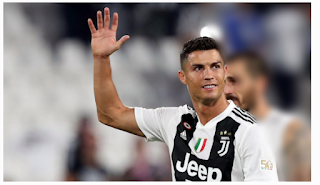 Ronaldo, 36, who has been in talks with Manchester City over his transfer, “was reportedly at the Serie A giant’s facilities for just 40 minutes this Friday and opted against training.”

“He is determined to complete a transfer away from Juventus after agreeing on personal terms with Manchester City,” the news outlet reported.

The return of Ronaldo, a five-time Ballon d’Or winner, to EPL will worsen the rivalry between the two Manchester clubs.

The former Manchester United star returns to England in a move that is sure to draw flak from the Red Devils fans who would be disenchanted that he is joining their city rivals.