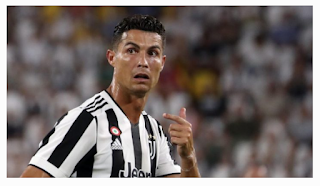 Juventus star Cristiano Ronaldo has criticised the media for reporting “rumours” of his future transfer in a manner that disrespects him and the clubs involved.

“More than the disrespect for me as a man and as a player, the frivolous way that my future is covered in the media is disrespectful to all the clubs involved in these rumours, as well as to their players and staff,” Ronaldo said on Instagram.

The five-time Ballon d’Or winner further said stories linking him with clubs in Spanish La Liga and other leagues are unverified, warning against “people playing around with his name.”

“As well as this most recent episode in Spain, there have been frequent news and stories associating me with a number of clubs in many different Leagues, with nobody ever being concerned about trying to find out the actual truth,” Ronaldo said. “I’m breaking my silence now to say that I can’t allow people to keep playing around with my name.”

Since Lionel Messi left Barcelona for Paris Saint-Germain, a lot has been reported about the future of Ronaldo with many media platforms claiming PSG are planning to sign him.