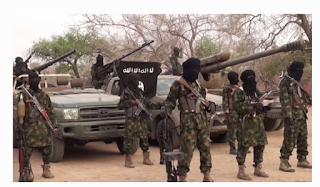 MNJTF spokesman Muhammad Dole disclosed this in a statement on Wednesday.

“The troops of Sector 4 Diffa displayed uncommon acts of gallantry and bravery when their location was attacked by BHT/ISWAP criminals in the early hours of Wednesday,” said the statement.

It explained that the troops “tactically lured the criminals to their effective killing zone, brought heavy fire on them and neutralised scores,” but noted that some of the terrorists escaped with “various degrees of bullet wound injuries.”

“At the end of the encounter, a total of 43 dead bodies of BHT/ISWAP insurgents were scattered around the engagement areas,” the statement added. “One terrorist suspected to be their leader was caught alive, and a large cache of arms and ammunition were recovered while four enemy gun trucks were also destroyed.”

“Extremely regrettable, however,” said the military task force, “seven gallant MNJTF soldiers paid the supreme sacrifice, while four other soldiers sustained various degrees of injuries and are being treated in a military hospital.”

The statement quoted the MNJTF force commander Abdul-Khalifah Ibrahim as saying, “While praying for the repose of the souls of the deceased soldiers whom he described as martyrs of freedom, he condoled the families of the deceased and wished the wounded soldiers a speedy recovery.”

Mr Ibrahim said despite the mass surrender of the terrorists, MNJTF would continue to launch offensives against them.