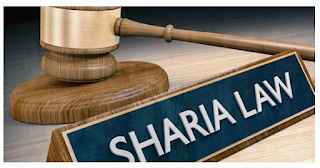 The sharia court at Magajin Gari in Kaduna State ordered a man, Yusuf Maiwada, to hug his wife, Nafisa Jibril, in court.

In her petition, the complainant, Ms Jibril sought divorce because she said the husband had failed to provide for the family.

Ms Jibril also alleged that Mr Maiwada beat her and ordered her out of his house and to take her children along.

The judge, Nuhu Falalu, said “lack of affection from Maiwada prompted his wife to seek divorce.”

The judge ordered him to give his wife money in court.

“The court orders you to bring her and their three children back to your house and pay for their feeding in arrears,” he said.

He adjourned the case until September 9, for a report of settlement and compliance of his orders by the defendant.