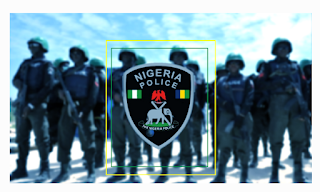 The police in Niger have arrested six persons over alleged criminal conspiracy and armed robbery in different parts of the state.

The command’s spokesperson, Wasiu Abiodun, said on Sunday that police operatives attached to Tudun-Wada Division arrested four suspects while on patrol along Tunga/Chanchaga road on August 21 at about 9:40 p.m.

He gave their names as Adamu Mamman, Ukasha Umar, Shamsu Garba and Naziru Mohammed, all of Bosso area of Minna.

Mr Abiodun explained that the suspects were arrested at the Farm-centre area of Chanchaga Local Government Area while trying to rob a female victim who had boarded a tricycle.

“The victim attempted to board a tricycle from Tunga to Chanchaga, where the suspects disguised themselves as passengers in the tricycle with registration number MNA 455 VM.

“The suspects suddenly alighted with two knives, attacked and robbed the victim of her purse containing about N55,000 and her Infinix Hot5 handset valued about N41,000.

“The victim immediately raised an alarm which alerted the police patrol team, while the hoodlums quickly zoomed off in their tricycle after robbing her. After a hot chase by the patrol team, the suspects were apprehended.

“During interrogation, the suspects confessed to the crime while the two knives and the tricycle used in committing the crime were recovered in their possession,” he said.

The spokesman said the case was already under investigation and the suspects would be arraigned in court as soon as the investigation was concluded.

He said that Mr Yahaya was arrested at an estate in Kwamba, Suleja, where he attempted to snatch a handset from a victim. An alarm was raised which attracted mob action.

“The police patrol team rescued him from the mob who had inflicted injury on the suspect and arrested him.

“During the investigation, the police conducted a search at the suspect’s residence and the following items were recovered – one locally fabricated pistol with an empty cartridge, one locally fabricated gun, one Dane gun, four knives, three cutlasses, one scissors, one camera, one security light and two ATM cards.

“Other items include one hammer, one stick, one motorcycle key and four wraps of dried leaves suspected to be Indian hemp,” the spokesman said.

Meanwhile, Mr Abubakar was arrested when he attempted to evacuate some exhibits from one Hamza Hussaini’s residence, who is also a member of the robbery gang, but presently at large.

The suspects were equally reported to have robbed some victims at Gabodna market and made away with three mobile phones, one ATM card and an undisclosed amount of money.

An effort is ongoing to apprehend the said Mr Hamza while the two suspects arrested would be prosecuted immediately after the investigation is concluded, the spokesman assured.