SODEKE: THE BEAU IDÉAL OF THE ẸGBA PEOPLE - The Naija Weekly

Home Article SODEKE: THE BEAU IDÉAL OF THE ẸGBA PEOPLE 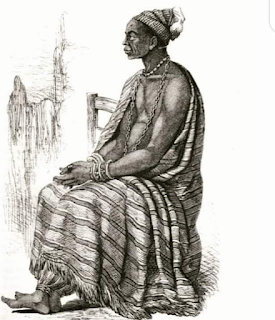 Shortly after the Owu War of 1820-1825, the Ẹgba forest was devastated with several external attacks from Ife, Ijebu and Oyo forces. Unfortunately many of these attacks were supported by other Ẹgba towns, for instance Ilawo (an Ẹgba town) supported the Ijebus to sack Ikija. Kémta, Iporo and Emere joined forces to capture Kesi. Idomapa helped the Ifes to destroy its neighbor, Ido. Many of the saboteurs were later attacked and sacked. Clearly, àbọ̀sí ọ̀ lérè.

Those who survived the attacks ran to Ibadan which at that time was a military/refugee camp. Sodeke was one of the Ẹgba survivors who later arrived in Ibadan. Still, the Ẹgbas continue to face persecution from the Ife-Ijebu camp, two Ẹgba leaders, Yesa and Lamodi died in this struggle, it was now glaring that the Ẹgbas were not wanted and they had to move, first they settled at a place called Oke-Ona, during this time the Ẹgbas had no leader because no one was brave enough to step into that shoe except for one man, Sodeke, who at that time was the Seriki or Youth leader in today's parlance.

Sodeke led over hundred thousand Ẹgbas to settle at the foot of the Olumo Rock, although several other survivors had seek refuge under the Rock before they arrived, Sodeke's movement was said to be the biggest and it was from there the city sprung up to become Abeokuta.

In other to increase population and fight against impending external attacks, Sodeke encouraged an open-door policy, he welcomed new settlers and visitors, he helped the saros locate their families. He warmly received two European missionaries, Birch Freeman and Townsend in Dec.1842 and Jan.1843 respectively. The first ever Christian service in Abeokuta was held in his compound.