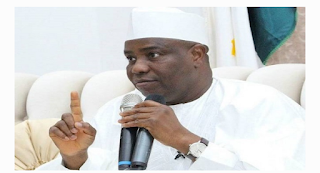 The Nigerian Security and Civil Defense Corps (NSCDC) in Sokoto has arrested five people for kidnapping, raping, and sodomising children aged five to 14.

One of the suspects, Abubakar Abdullahi, was nabbed for kidnapping a 14-year-old girl and demanding N5 million ransom.

Mr Dada disclosed that the suspect and two accomplices were trailed to their hideout, where the NSCDC rescued the girl.

He added that the victim had been reunited with her parents.

The commandant explained that the suspect sodomised the boy, adding that the victim had been taken to a sexual referral centre for treatment and further support.

In another arrest, the NSCDC nabbed an individual, Aminu Suleiman, for raping a 13-year-old girl in the Kwamberu area in the Sokoto metropolis.

He said all the offences occurred between August 17 to 20.