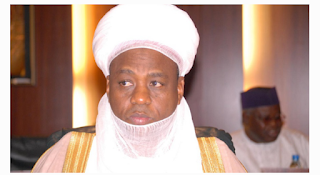 The Sultan of Sokoto, Sa’ad Abubakar, has been appointed to chair a stakeholder advisory committee on insecurity.

On Wednesday, Governor Aminu Tambuwal of Sokoto disclosed this after a maiden meeting of the stakeholders on insecurity.

He explained that his government convened to tackle the worsening insecurity in the state. Mr Tambuwal lamented bandits, kidnappers, and other criminals had subjected residents to a difficult situation.

Although President Muhammadu Buhari’s regime has been doing its best to tackle insecurity, the governor said his government had to complement the central government’s efforts.

He added that the committee had seven days to present its report, describing it as critical to finding lasting solutions to the challenging situation.

“Impressive turnout of various stakeholders from different areas at this meeting has demonstrated how united Sokoto citizens are on facing the security challenges,” Mr Tambuwal said.

The governor called on the people to support the committee and the government to end insecurity.