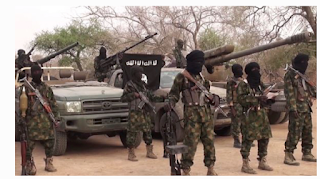 UN counter-terrorism chief Vladimir Voronkov told the Security Council on Thursday at UN headquarters, New York, that terrorist groups had been adapting to new technologies and moving into some of the world’s most fragile regions.

While Al-Qaida and Islamic State remain focused on reconstituting their capabilities in Iraq and Syria, Mr Vornkov said the groups’ relentless spread across the African continent in recent months was the most alarming development.

The so-called “Islamic State in the Greater Sahara” has killed several hundred civilians since the start of 2021 in Mali, Burkina Faso, and Niger.

The group’s “West Africa Province” will likely gain from the weakening of Boko Haram, with an additional spillover of terrorists and foreign fighters from Libya. Meanwhile, the expansion of Da’esh in Central Africa and especially in northern Mozambique could have far-reaching implications for peace and security in the region.

He briefed the council on the eve of the fourth commemoration of the International Day of Remembrance of and Tribute to the Victims of Terrorism, observed annually on August 21.

Mr Voronkov, while presenting the secretary-general’s latest report on the threats posed by terrorist groups, said Al-Qaida and Islamic State, also known as Da’esh, had continued to exploit the pandemic to use technology to regroup.

He noted that Da’esh continued to exploit the disruption, grievances, and development setbacks caused by the pandemic to regroup, recruit new followers and intensify its activities both online and on the ground.

“Today, we face transnational terrorist threats like Da’esh and Al-Qaida that are enduring and able to adapt to new technologies,” Mr Voronkov explained. “But also expanding to include individuals and groups that commit terrorist attacks connected to xenophobia, racism and other forms of intolerance.”

The UN counter-terrorism architecture, largely set up in the wake of the 9/11 attack, helps member states implement effective frameworks to prevent, address, investigate and prosecute acts of terrorism.

It is also ramping up efforts to help countries adapt to the rapidly changing nature of the threat, which has become more digital and de-centralised in recent years.

“We will need to ensure that Afghanistan is never again used as a launching pad for global terrorism,” the UN official said.