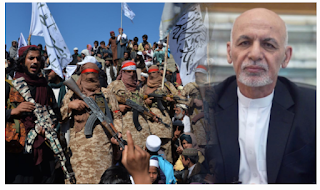 The Taliban has declared amnesty across Afghanistan, urging women to join their government, AP has reported.

Mr Samangani did not describe what he meant by Shariah, or Islamic, law, implying people already knew the rules the Taliban expected them to follow.

“Such promises will need to be honoured, and for the time being — again understandably, given past history — these declarations have been greeted with some scepticism,” said Rupert Colville, the spokesman for the United Nations’ high commissioner for human rights. “There have been many hard-won advances in human rights over the past two decades. The rights of all Afghans must be defended.”

Calm has returned to Kabul international airport a day after hundreds of Afghans besieged the runway and dozens hung on a U.S. Air Force flight.

Foreigners are also fleeing the country, including diplomats.