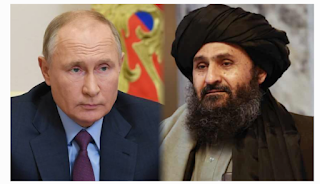 Russia on Monday called for an international conference to rebuild Afghanistan’s economy following the takeover of the country by Talibans, and the ensuing wave of migrations.

Moscow through its Afghanistan envoy, Samir Kabulov, said “All the wealthy countries of the world must meet with representatives of the new Afghan authorities to discuss issues of economic and social reconstruction.”

Mr Kabulov said he saw countries that had deployed troops in Afghanistan as first in line for such efforts, stating, “this is a question of honour and conscience.”

However, he also clarified that the conference would not mean “leaving the money to the Taliban,” but said the money was needed to support the national currency.

He added that Russia would contribute to the economic reconstruction of Afghanistan.

Mr Kabulov also warned other countries against freezing Afghanistan’s gold and currency reserves, as this would create an “additional incentive for people to flee their homeland.”

Many countries have suspended international aid worth billions of dollars following the takeover by the militant Islamists, but he said the Taliban did not have access to money reserves abroad.