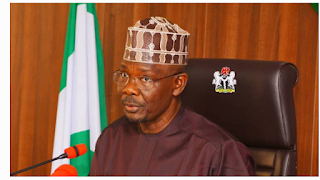 Governor Abdullahi Sule of Nasarawa has directed the Teachers Service Commission (TSC) to refund the N2,000 paid by jobseekers as fees for recruitment application forms.

The directive is contained in a statement by Ibrahim Addra, the chief press secretary to the governor, on Thursday in Lafia.

Mr Addra explained that Mr Sule had not approved an amount for the sale of forms but had approved the recruitment of qualified teachers.

”The advertisements from TSC that applicants should pay N2,000 for purchase of recruitment forms, without proper approval from the governor, has already caused serious confusion, hence the need for this directive,” said the statement. “By this directive, therefore, the commission should immediately refund money to those who have already paid for the forms.”

The government directed the applicants to request a refund of the money.

“We urge applicants who have paid to go to where they paid the money and retrieve it while awaiting further information regarding the recruitment,” it stated.

According to him, the governor has put in place a process with due checks and balances to ensure an “all-inclusive and transparent” process of engaging the right calibre of teachers.

The TSC on August 10 announced the sales of recruitment forms from August 11 to 30.