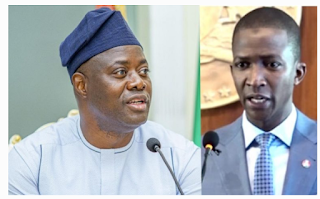 The Economic and Financial Crimes Commission (EFCC) says it has arrested 37 people in Ibadan and Oyo for Internet frauds.

Its Ibadan zonal office, on Monday, confirmed the arrest of the suspected fraudsters.

This is contained in a statement by the EFCC spokesman Wilson Uwujaren.

The anti-corruption agency said it arrested the suspects in Ibadan and Oyo town.

Mr Uwujaren added that the EFCC made the arrests on Friday following intelligence on the suspects’ alleged involvement in Internet fraud.

He explained that the suspects would be charged to court as soon as the agency completed its investigations.