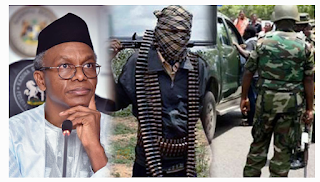 Kaduna State Commissioner for Internal Security and He Affairs, Samuel Aruwan, on Friday said no fewer than three people were in attacks on Southern Kaduna villages.

Mr Aruwan, in a statement said many villagers were also injured and hospitalised in the attack that took place in Machun and Manuka villages in Zangon Kataf Local Government Area of the state.

“Security agencies have reported to the Kaduna State Government that Machun and Manuka villages in Zangon Kataf LGA were attacked by unidentified persons, leaving three residents dead and several others injured.

“According to the report, police personnel responded to a distress call from Machun village, and mobilised there.

“On arrival, they were also alerted by gunshots from neighbouring Manuka.

“As the assailants fled the area, the operatives found the corpses of three victims”, he said.

He said an unspecified number of victims were injured and were now receiving treatment in hospital.

Governor Nasir El-Rufai has expressed his sadness over the report, prayed for the repose of the residents killed, while sending condolences to their families, Mr Aruwan said.

Attacks on Southern Kaduna communities have become incessant over the years, jerking up to frightening levels recently.

The state government continue to record daily episodes of carnage from bandits and criminals who are yet to be apprehended.