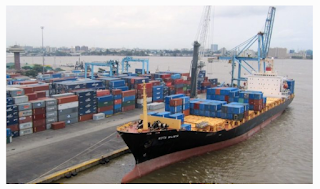 It listed other imported products to include soya beans, automobile gasoline, and jet fuel.

On Monday, the NPA further disclosed that it expected 20 other ships laden with petroleum products, food items, and other goods from August 23 to September 4.

The agency added that the ships would berth at the Lagos ports complex.

“Meanwhile, seven more ships are waiting to berth with general cargo, base oil, and petrol,” it stated.

A few days ago, the NPA had announced that 16 ships laden with petroleum products, food items, and other goods were expected at the Lagos ports from August 13 to August 28.