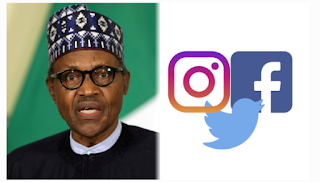 The U.S. consulate says President Muhammadu Buhari regime’s suspension of Twitter and its directive that all social media platforms operating in Nigeria must register and obtain a licence are worrisome.

Consul general Claire Pierangelo during an event tagged ‘A Conversation on Press Freedom, Freedom of Expression and Civic Space in Nigeria,’ said the suspension remained a great concern.

She asserted that “banning or significantly restricting social media, including under threat of prosecution, undermines Nigerians’ human rights and fundamental freedoms.”

Mr Buhari’s regime, on June 4, announced the indefinite suspension of Twitter operations in the country on the ground that it was used to spread false information and “activities that are capable of undermining Nigeria’s corporate existence.”

Nigeria’s information minister, Lai Mohammed also announced that social media platforms must register in Nigeria and be a cooperate entity before they can do business in Nigeria.

Noting that a free press is a core pillar to a democracy, Ms Pierangelo noted that “the Biden-Harris administration is committed to putting human rights at the heart of our foreign policy, and that includes press freedom and freedom of expression.”

The American envoy added, “In the same breath, history is full of cautionary tales showing that when governments try to limit citizens’ right to talk about certain topics, important conversations are pushed into the shadows allowing individuals to express their opinions — no matter how much the government and other citizens may disagree with them. Rigorous debate promotes transparency and social stability.”

She believed Mr Buhari regime’s orders have significant consequences on the freedom of the press but stated that the U.S. was encouraged by the meetings between Twitter and the regime to resolve the suspension.

Speaking further, Ms Pierangelo admonished the media to remain vigilant to protect the right to freedom of expression and fulfil its civic purpose of reporting accurately and not function as a public relations mouthpiece for the government.

Also speaking, International Press Centre executive director Lanre Arogundade said it was destabilising that Nigerians do not have access to questions and answers on the government’s policies due to the Twitter ban.

Mr Arogundade also described the social media bill as a deliberate effort to stop Nigerians from expressing their views on national issues.

The event’s highlight was a panel session with insights shared on press freedom, free speech, and the civic space.