Unconstitutional for states to claim ownership of mineral resources: FG - The Naija Weekly

Unconstitutional for states to claim ownership of mineral resources: FG 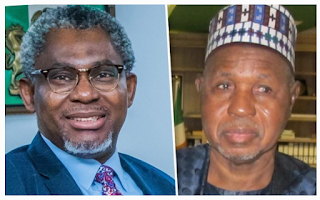 The federal government has warned governors across the country to desist from laying claims to mineral resources in their states.

This reminder came when Governor Aminu Masari of Katsina paid a courtesy visit to Mr Adegbite in Abuja.

Mr Masari had advocated exploring solid mineral deposits to create job opportunities and boost the national economy as a panacea to insecurity during the visit, according to a statement issued by his media aide Abdu Labaran on Monday evening in Katsina.

The governor noted that the federal government would address resource control and restructuring agitations if the nation’s resources were fully harnessed and exploited.

According to him, every state in the country has enough mineral resources but are not fully tapped. He solicited the ministry’s support to assist in harnessing solid mineral deposits in Katsina.

The governor pledged to provide an enabling environment for the exploration of the minerals by genuine investors.

According to the statement, the minister reminded governors that mineral resources remain under the federal government’s control as dictated by the Nigerian Constitution.

Mr Adegbite stated that it was wrong for any state to claim ownership of mineral resources found within its territory.