We did not kill an innocent man: Ogun police - The Naija Weekly

Home Crime News We did not kill an innocent man: Ogun police

We did not kill an innocent man: Ogun police 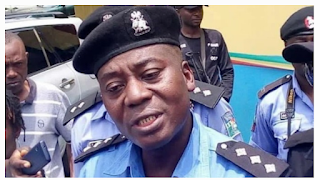 The police in Ogun have denied the rumour that the command’s tactical team shot an innocent person on the Papalanto-Ilaro road.

The spokesman of the command, Abimbola Oyeyemi, debunked the rumour on Saturday.

“The attention of the command has been drawn to misleading information circulating on social media that men of the command shot and killed a person along the Papalanto-Ilaro road on Thursday.

“The command wishes to set the record straight.

“Following a reported case of kidnapping involving a young man who was abducted in his father’s farm at Ishaga area of the state on Wednesday, the command’s tactical teams were, as usual, deployed in and around the area for a rescue operation.

“One of the teams that was conducting stop and search at about 10:30 a.m. along Papalanto-Ilaro road, flagged down a Honda Accord car.

“The driver did not stop. Rather, the occupants fired a gunshot at the policemen, for which the police fired back,” he said.

The spokesman said that the car sped off and crashed into the bush some distance away from the checkpoint.

“The driver of the car, now wounded, was arrested, but he gave up the ghost on the way to the hospital, while the other occupants of the car fled into the bush.

“The car was searched by the police team in the presence of members of the public who were at the scene, including the Baale of the area.

“A locally-made pistol with two cartridges were recovered from the car, while the number plate of the car was hurriedly removed by the escaping occupants,” he said.

“It is, therefore, sheer mischief on the part of those who took to social media to accuse the teams of killing an innocent person,” he said.

Meanwhile, a massive manhunt has been launched for the escaping occupants of the car, while the state Criminal Investigation and Intelligence Department has commenced full investigation into the case.