We only arrest poor people because Islam frowns at public criticism of leaders: Kano Hisbah - The Naija Weekly

We only arrest poor people because Islam frowns at public criticism of leaders: Kano Hisbah 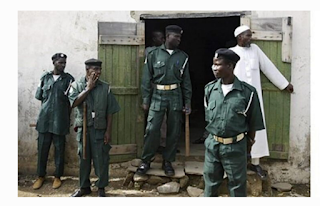 The Kano State Hisbah Board has explained that its mode of arrest differs between the poor and the rich because the tenet of Islam forbids criticising leaders in public.

Kano Hisbah has been under criticism for how it prosecutes the poor, its controversial orders such as the ban on the use of mannequins for the display of clothes, stylish haircut, destruction of alcoholic beverages, among others.

Speaking with Freedom Radio, the Director-General of the Board, Aliyu Musa Kibiya, argued that although the Islamic police must ensure uprightness, there were different approaches when treating misconducts based on a person’s social status.

Mr Kibiya argued that Islamic law allows for preferential treatment for the rich and influential leaders and frowns at public criticism against them.

The moral police have made headlines for a series of controversial arrests and law enforcement in the past few months.

After Kano Hisbah arrested three males and eight females for eating during Ramadan in April, Mr Kibiya said Hisbah would prosecute them, except they had “cogent reasons”.

“We will investigate, and if they have cogent reasons, we will release them. Those found wanting will however be enlightened and even prosecuted if need be,” Mr Kibiya said.

Also, in March, the Islamic police invaded some off-campus hostels of Bayero University, arresting students of the opposite sex found in the same room.