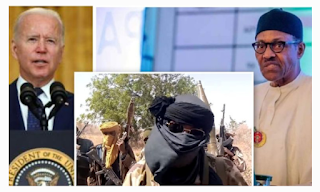 Mr Harrigian, the United States Air Forces commander in Europe and Africa, stated this at a media roundtable on the U.S.-Nigeria military partnership, organised by the U.S. embassy, on Monday in Abuja.

He mentioned that the induction of A-29 Super Tucanos into the Nigerian Air Force operations would be a defining moment in combating terrorism and other violent extremism.

He said Nigeria’s acquisition of the fighter jet had brought in many capabilities that would help tackle terrorists and bandits.

“Importantly, the platform itself brings a multitude of capabilities, and this is not just about weapons. It is about intelligence, surveillance, reconnaissance. It is about that operability that it provides between the air component and the ground component,” said Mr Harrigian. “And so, it broadens the shared understanding of the force to be able to operate in these different domains.”

Regarding the worsening security situation in Nigeria, he stated, “We’re going to work together to ultimately work to improve the security instability and work in partnership with all the things that the embassy does.”

Mr Harrigian commended NAF personnel for exhibiting a high level of competence and professionalism during their training, stating that the induction of A-29 Super Tucano into Nigerian operation would be an opportunity to recommit themselves to the partnership between the U.S. Air Force and NAF.

He gave assurance that while the U.S. had adequately trained the NAF crew and pilots, its air force personnel would continue to work with them in Nigeria.

The U.S. Ambassador to Nigeria, Mary Leonard, explained that the induction of the A-29 Super Tucanos was a milestone in the US.-Nigerian bilateral relations, adding that the U.S. had remained committed to supporting Nigeria in fight insecurity.

Ms Leonard said the U.S. government was also committed to supporting democracy and economic programmes of the government through the embassy.