Why APC is in crisis: Gov. Buni - The Naija Weekly

Home Politics Why APC is in crisis: Gov. Buni

Why APC is in crisis: Gov. Buni 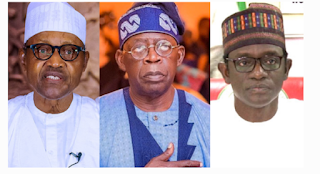 On Wednesday, the governor made this known in Abuja while inaugurating the party’s appeal committees for its recently conducted Ward Congresses.

Mr Buni, represented at the event by John Akpanudoedehe, the Secretary APC CECPC, noted that the congresses to produce the party’s organs across the country started on July 31 and went well.

“However, it is expected that wherever and whenever there is a competition, of course, there is bound to be contestations,” he said.

The Yobe governor explained that as an organisation based on rules and procedures, avenues and channels must be provided for party members who were dissatisfied with the processes. He pointed out that the Wards Congresses Appeals Committee was inaugurated for that purpose.

“This party is for all Nigerians. Therefore we must show, not only by words but by concrete actions, that there’s no attempt to exclude or sideline anybody in the course of the exercise,” Mr Buni stated.

“The Attorney-General of the Federation, who is the chief law officer of the federation, has stated that we are on firm ground and advised that we proceed with the processes of the congresses.”