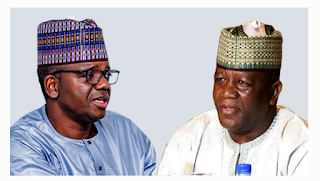 A faction of the All Progressives Congress (APC) in Zamfara has called on its followers to disregard the purported nullification of their membership cards.

The faction, under the leadership of a former Zamfara Governor, Abdul’aziz Yari, made the call in a statement issued by its secretary, Sani Musa, on Friday in Gusau.

He said that the old membership cards remained valid.

The National Headquarters of APC had extended membership registration and revalidation exercise in the state following the defection of Governor Bello Matawalle to the party.

“It is necessary to comment on the ongoing membership registration exercise in the state, especially as regards to the statement issued by former Governor Ahmad Yariman-Bakura.

Mr Musa described the ongoing registration of APC members in the state as a violation of a court order and might hinder the chances of the party winning the 2023 general elections.

He described the statement by Mr Bakura, which condemned the old membership, “as a mistake and an attempt to fuel disunity in the party.”

Mr Musa said the ongoing registration of members in the state was illegal and in contempt of court procedures.

He recalled that the Federal High Court in Gusau had ruled that the two factions should suspend all their activities, including the current registration of members, till judgment is delivered.

“This is because you cannot register twice.

“I want to appeal to our teeming members and supporters to be careful with those politicians who are out to trade with our party for their selfish interest at the detriment of our party,” Mr Musa warned.