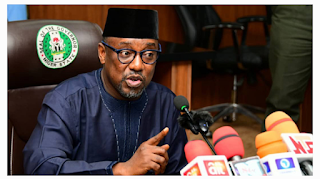 Farouk Audi, NSSMEMA director-general, disclosed this in Minna on Tuesday.

Mr Audi said the 2016 report of the Small and Medium Enterprises Development Agency of Nigeria (SMEDAN) showed that there were 376,000 entrepreneurs in Niger, out of the national figure of over 38 million.

He explained that the agency had outlined programmes, such as seminars and workshops, to mentor entrepreneurs in the state and also addressed the challenges of existing entrepreneurs to raise the number of MSMEs.

“In 2018, there was an MSME clinic jointly organised by the office of Vice President Yemi Osinbajo and the state government, where inventories and catalogue of their problems and the way forward was discussed. This also added to where we are now,” Mr Audi added.

The NSSMEMA director-general further explained that the state government had also collaborated with the Central Bank of Nigeria (CBN) to access N2 billion in loans to assist the MSMEs develop and sustain their businesses.

He also revealed that 12,033 MSMEs in the state benefitted from the gesture, creating over 3,000 new jobs, which cut across all sectors, from agriculture to manufacturing.

Mr Audi mentioned that the state was in third place nationwide, after Katsina and Osun, in meeting the criteria for loans and disbursements.

He expressed optimism that the beneficiaries would pay back their loans to enable others to benefit.

“I want to tell you that the beneficiaries have started repaying their loans. Some have paid 100 per cent,” said Mr Audi.