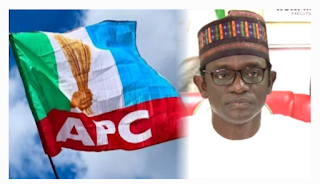 The All Progressives Congress (APC) says it is compiling a list of court cases instituted against it and names of aggrieved members behind the lawsuits for punitive actions.

Specifically, the National Executive Committee (NEC) said their fate would soon be decided.

Mr Akpanudohedehe, who spoke on the party’s just-concluded nationwide local government congresses, said the exercise was successful and better than its ward congresses.

“We are already compiling the list of all the cases, after which, we will approach NEC for a decision which we will stand by,” said Mr Akpanudohedehe.

He, however, refuted reports of factions and parallel local government congresses in Enugu, Delta, Kwara, and other states.

Mr Akpanudohedehe stated that the party was not aware of the development. He added that the party’s congress committees delivered on their mandate across the federation.

He urged that party members not satisfied with the outcome of the congresses to approach the party’s congress appeal committee.

Mr Akpanudohedehe further stressed that the party’s constitution allowed for a consensus candidate when necessary, as adopted in most of its state chapters.

“If you are not satisfied with the appeal, the caretaker committee will handle it. That is our structure,” said Mr Akpanudohedehe. “People are used to giving words to individuals, but we have a clear mandate that the party should be given to the grassroots.”