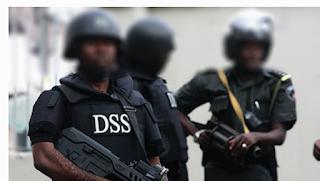 The State Security Service on Wednesday told the Abuja Division of the Federal High Court that armed robbers have carted away the case file of Sunday Igboho’s supporters who have been in custody since the brutal invasion of their residence in Ibadan weeks ago.

A lawyer representing the SSS told Justice Obiora Egwuatu that the incident came when armed robbers operating a one-chance cartel stole attacked an official in charge of the documents.

He did not immediately say whether the incident occurred in Abuja or other parts of the country.

The lawyer said the matter should be adjourned, but the court has yet to accede to the request as of the time of filing this report.