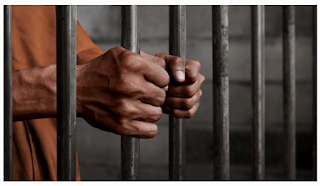 In a statement on Monday, the U.S. Department of Justice said District Court Judge Sheryl Lipman sentenced Mr Jackson to 544 months in prison while Mr Johnson was sentenced to 432 months and Mr Johnson 140 months to be followed by three years supervised release.

Court documents disclosed that the convicts kidnapped employees of three different banks from 2018 to 2019, using them to gain entrance into the banks, stealing a total of $608,835 in the process.

The convicts place a tracking device on their victim’s vehicle to locate the residents of their victims before going ahead with their kidnap and robbery activities.

The defendant trialled victims to their residence, after which they forced victims at gunpoint to either follow them to the bank or produce keys to the bank.

The trio was convicted after Cell phone records, tracking device information, and evidence recovered from their respective residences confirmed their involvement in the robbery.

Speaking after the court ruling, Mr Korneski warned that violent crimes would not be tolerated, adding that enforcement agencies will not rest until offenders are caught and prosecuted for their actions.