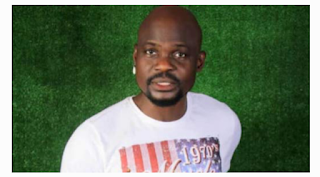 Ms Ajayi-Kayode is the executive director of the Cece Yara Foundation, a non-governmental organisation founded to prevent child sexual abuse and provide emergency intervention for children.

Led in evidence by Olayinka Adeyemi, Lagos State Director of Public Prosecution (DPP), Ms Ajayi-Kayode pointed out that the alleged victim was relaxed, cooperative, and could recall events when she was interviewed.

“The clinal presentation of child sexual abuse was quite evident. The perpetuator engaged the child in sexual activity when she was seven years old on two occasions. On April 19, 2021, he sexually harassed her, touching her body. He told her: ‘I touched you some years back. You are so grown, so developed. Do you have a boyfriend? We have some unfinished business’,” said the forensic expert. “These are the clinical presentations of child sexual abuse.

“These are the dynamics of child sexual abuse and the modus operandi of perpetuators – inculcation of secrecy, intimidation, threat or coercion.”

The expert further noted that child sexual abuse involved only the victim and the perpetrator, adding that a minor might not comprehend the magnitude of the offence because of being vulnerable.

Ms Ajayi-Kayode added that after the interview, she drafted a forensic interview report. A copy was presented to the court by the prosecution as evidence. It was marked as Exhibit G.

“My conclusion is that she narrated the whole truth. She was tenacious, she was bold and relaxed,” the expert said.

At the start of proceedings, the defence had sought an adjournment due to the absence of lead counsel Babatunde Ogala (SAN) and Dada Awosika (SAN).

A member of the defence team, N.A. Adeyemi said Mr Ogala, in a letter dated September 27, had asked for an adjournment of proceedings because he would be unavoidably absent.

However, the DPP opposed the request for an adjournment.

The judge adjourned the case until October 20 for cross-examination of the witness.

Actress and comedienne Damilola Adekoya (alias Princess), the foster mother of the minor, and Nollywood actress Iyabo Ojo were present in court during Tuesday’s proceedings.