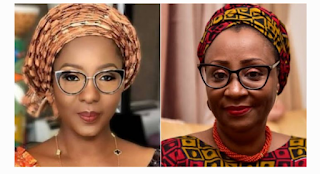 The Northern Governors’ Wives Forum (NGWF) said Saturday that the policy to shut down schools in areas prone to insecurity was necessary to protect schoolchildren in the region.

Chairperson of the forum, Hadiza El-Rufai, and wife of Kaduna state governor, Nasir El-Rufai, said this during an interactive session with the press in Abuja.

“Closure of schools should be a short term measure, like what the state governments are already doing in Kaduna state and recently in Zamfara.

“They closed all the schools as a short term solution, it cannot be sustained that way because we must get our children to school, but, as it is now, it is important to keep our children safe.

“This is because it doesn’t make sense to say that because you want your children educated you put them at risk.

“Meanwhile, I believe that the government is doing all it can to see that these bandits are defeated once and for all,” she said.

Following the increasing cases of abduction of schoolchildren for ransom by bandits, the governor’s in some northern states have employed extreme measures.

In June, the Kebbi state government shut down indefinitely no fewer than seven schools said to be located on the frontlines of areas prone to attacks after bandits abducted students and teachers of the Federal Government College, Birnin Yauri.

Earlier in March, Mrs El-Rufai’s husband and governor of Kaduna Nasir El-Rufai said his government was closing “most vulnerable” schools in the state to avoid the schoolchildren from being abducted by bandits.

Then on August 6, he announced the postponement of schools resumption “until further notice”. Affected students took to learning welding, tailoring and other skills to keep busy.

Notwithstanding these attacks, Mrs El-Rufai, says that the federal and state governments were working hard to end banditry in the region.