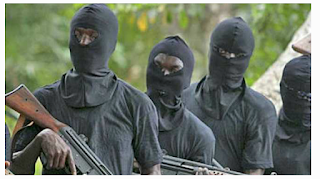 A Lagos bound 18-passenger bus has been attacked by suspected gunmen and kidnapped unspecified numbers of travellers between Idoani – Ifira Axis in Ondo State.

Hakeem Sadiq, the Divisional Police Officer for Isua-Akoko, confirmed this to reporters in Akure on Thursday.

Mr Sadiq, however, could not give details of the incident.

He said that the anti-kidnapping unit was already working with other sister agencies to ensure that the travellers were rescued unhurt.

The incident reportedly occurred on Wednesday at the bad portion of the Idoani-Ifira Road in Akoko South-East Local Government area of the state.

It was gathered that there were sporadic shootings, while the gunmen were carrying out their activities and escaped into the forest with unspecified numbers of bus passengers.