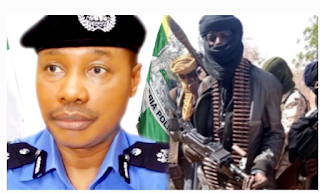 The police have confirmed an attack on a member of the Nasarawa House of Assembly, Samuel Tsebe.

But Mr Tsebe told journalists in Akwanga that he and two other legislators in the house of assembly narrowly escaped assassination during the attack.

He explained that he was shot at while driving to Lafia from Akwanga with two other legislators (David Maiyaki (APC-Karu/Gitata) and Peter Akwe (PDP- Obi 1).

Mr Tsebe represents the Akwanga South constituency on the platform of the All Progressives Congress (APC).

The lawmaker insisted that the attack was “more of an assassination attempt.”

“I have informed the police on the assassination attempt,” said Mr Tsebe.

According to Mr Nansel, the legislator reported that he was attacked along Akwanga-Lafia road at about 10:00 a.m on Wednesday.

Mr Nansel further stated that the police commissioner deployed the anti-kidnapping unit to comb the area immediately, and one suspect was arrested.