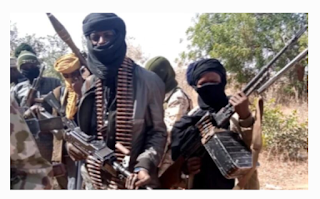 According to the Katsina post, four bandits invaded the premises of Isma’il Ado Funtua, the Deputy Provost of the school, and kidnapped two of his male children and his younger sister’s son.

The names of the victims identified are Abdullahi, Aminu and Usman.

The armed men who had assault rifles stormed Mr Ado’s residence around 11:30 p.m. on Monday.

They tied up his gatekeeper named “Cuba” and kidnapped the afore-mentioned persons.

This is coming after a series of kidnappings have been recorded in different local governments in Katsina.