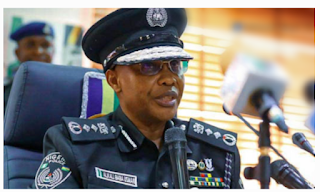 The police command in Zamfara has banned the unauthorised installation of cyber networks to complement the current security measures to tackle bandits.

Police commissioner Ayuba Elkanah disclosed this at a news conference in Gusau.

He said security agencies had uncovered some unauthorised individuals and groups installing cyber networks in their homes and business places where suspected groups of bandits use.

Mr Elkanah explained that information available to the police and other security agencies had confirmed that some persons and groups were violating measures so far taken by the authorities to tackle bandits.

This came three weeks after the suspension of all mobile networks in the state by the Nigerian Communication Commission, meant to curtail communication between bandits and their collaborators that had facilitated attacks on communities.

“The criminals have been using the cyber network to communicate and pass messages that are threatening the security and safety of the state, which were hitherto a serious concern,” stated the police chief. “Let me use this opportunity on behalf of my colleagues, heads of security agencies to pass a serious warning against any person or group who have either installed or about to install a cyber network to desist from this act or face dare consequences.”

He disclosed that divisional police officers and other tactical commanders had been ordered to intensify search at the suspected locations with a view to apprehending the violators.

“In the course of enforcing the new security measures of the state government, the command has succeeded in the arrest of seven suspects for various offences as well as the unconditional rescue of 10 abducted victims from different locations,” Mr Elkanah explained.

The commissioner said that those arrested include a suspect in connection with the recent death of Sarkin Fulani Gidan Dutse, Gada Biyu area in Gusau, the state capital.

The command stated that it had also rescued six kidnapped victims, residents of Udawa village in Chikun local government, Kaduna state, who were abducted sometimes in July.