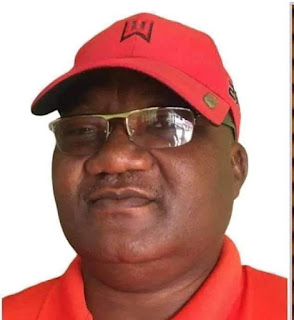 The CEO of Dudu Heritage, Ola Ibironke has died after he slumped at the Ibadan Golf Club last night.

Ibironke, who is married to the veteran Nigerian actress Bimbo Oshin was said to have slumped at the golf club around 8:30pm on Sunday while he was out with friends.

Efforts to revive him proved abortive as he was rushed to the hospital where he was pronounced dead by the attending doctors.

The demise of this popular socialite has left many in shock and more in grief as a bright Sunday turned dark with the news of his death.

It will be recalled that there have been rumours about his marriage with Bimbo Oshin having problems and he came out recently to debunk those statements.

The father of two, said he’s still happily married to his wife and they have been together since 2004 and such rumours were untrue and unfounded.

This sad incident therefore, has left Bimbo and their son and daughter in pains as they have lost a father, husband, movie promoter, marketer and a socialite who not only provided for them but protected them from external attack.