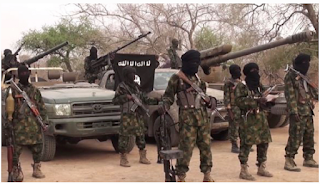 The National Security Adviser, Babagana Monguno, has called for more cooperation with the Niger Republic, Cameroon, and Chad to tackle terrorism.

“NSA called for increased regional cooperation and harmonisation of all counter-terrorism legislation, policies and strategies, especially with Chad, Niger, and Cameroon,” said Mr Monguno. “Part of the resolutions from the meeting was the need for further collaborations in the areas of improving aviation and maritime security.”

On the sidelines of the ongoing UN General Assembly, Mr Monguno expressed this commitment at a meeting with the Under-Secretary-General of the United Nations Office of Counter-Terrorism (UNOCT), Vladimir Voronkov, in New York.

The spokesman for the CounterTerrorism Centre, ONSA, Ozoya Imohimi, disclosed this in a statement on Friday in Abuja.

He said the NSA also sought the international community’s assurance in supporting the Nigerian government’s sustained efforts in the fight against terrorism and insurgency.

“Others are strengthening border security management, combating terrorism financing as well as improving the coordination of civil society organisations’ engagements in preventing and countering violent extremism in Nigeria,” the statement explained.

He said they exchanged views on addressing the current terrorist threats in Nigeria, Lake Chad Basin, and the Sahel.

According to him, the NSA expressed Nigeria’s progress in combating terrorism and violent extremism, supporting victims of terrorism, de-radicalisation, and prosecution of suspected terrorists.