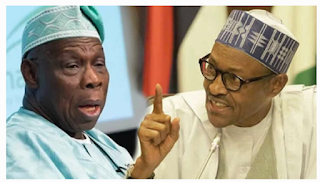 Mr Obasanjo’s statement comes in the wake of Mr Buhari’s request to the National Assembly for a fresh $4 billion loan.

Mr Obasanjo, whose administration is lauded for clearing Nigeria’s foreign debt, wondered what the Buhari-led regime is borrowing for, explaining that his administration back then was spending N3.5 billion on debt servicing. He did not specify whether it was monthly or annually.

“What are we borrowing for? When I came in as an elected President we were spending $3.5 billion to service debt and even with that our quantum of debt was not going down,” Mr Obasanjo said.

According to Nigerian Domestic and Foreign Debt Report, published this year by the National Bureau of Statistics (NBS), the country’s total public debt as of September 2020 stood at N32.2 trillion ($84.57 billion).