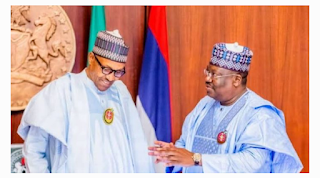 Nigeria’s debt profile is set to shoot up further as President Muhammadu Buhari has again, requested from the National Assembly, the approval of another $4 billion loan.

The request was contained in a letter read by Senate President Ahmad Lawan on the Senate floor Tuesday.

The president has explained that the funds were to be used to finance some government projects and assist some states financially.

According to Nigerian Domestic and Foreign Debt Report, published this year by the National Bureau of Statistics (NBS), the country’s total public debt as of September 2020, is N32.2 trillion ($84.57 billion).